Share All sharing options for: Padres Win for Dex's Birthday

Jon and I were planning on going to the game on Wednesday until we realized that it had an early start time and we couldn't attend.  We pushed it off a day and it just so happened to coincide with Dex's birthday.  Jon and I were talking earlier in the day and both agreed that there was no way that Dex would actually be able to or want to attend a game with us on such short notice.  We were wrong.

The game was a good one. The Padres came out of the chute scoring.  Jesus Guzman stepped to the plate with runners at the corners.  I told Dex confidently that he would drive in both of the runners.  After a stolen base by Cameron Maybin, that's exactly what he did with a triple to right field.

Orlando Hudson came up later in the inning and stole second base as well, but apparently Kyle Blanks caused some sort of batter's interference which resulted in an out and an end to the inning.

It didn't end up mattering, but twice in the past two games Hudson hasn't been aware of where the ball is after he takes second base.  On Wednesday the ball got past the catcher and he didn't advance. Last night the ball went out to center field but he was so focused on trying to call time out to the umpire that he didn't notice.  Keep your head in the game O-Dog!

In the second inning Nick Hundley hit another triple to right field and ended up scoring on a Logan Forsythe sac fly.  It was only the bottom of the second and the Padres had three runs and it turns out that's all they would need to win the game.

Stauffer cruised through 7 innings and only ran into trouble when John Buck hit a deep home to left center field.  Bell closed out the game with his usual drama.

After seeing the hooded Padres retired numbers on top of the batter's eye in person we can say pretty confidently that Hoffman's number 51 is in the 5th position.  That's because it looks like it his number has been rigged with firework cannons.

All in all a great Padres win and not a bad birthday for our good buddy Dex. 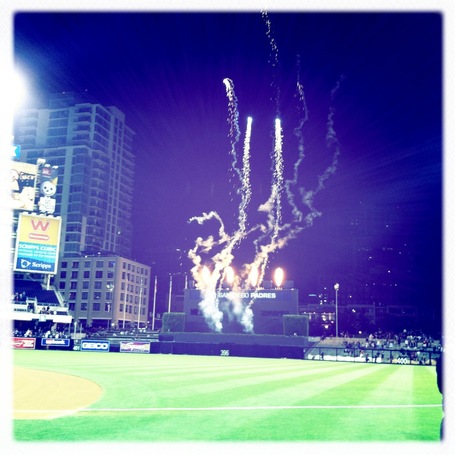 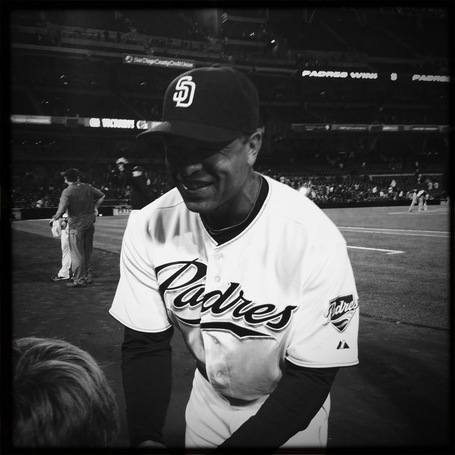 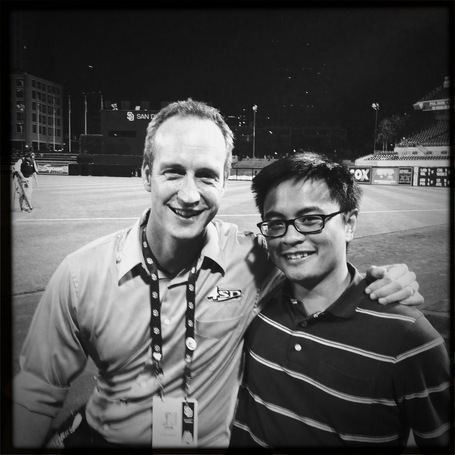 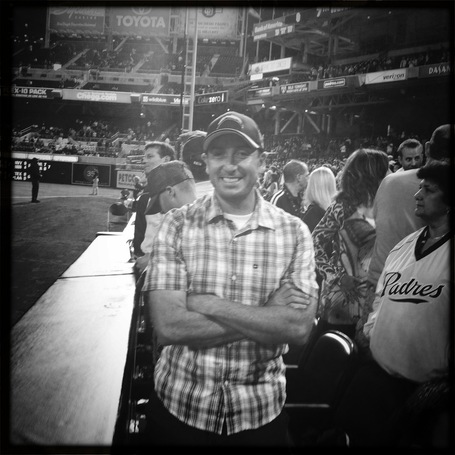