Share All sharing options for: Game Thread: 7/17 Padres vs. Giants

We are going for the series split with a win today in the final game of this 4-game series with the Giants. Many are concerned that we used up all our runs in yesterday's run parade. And with Matt Cain and Mat Latos both coming off great starts, today's game looks to be a pitcher's duel. Hopefully our Padres have enough gas to get to Cain, give Mat some run support, and close out the series on a good note.

Here's how the Padres will line up against Matt Cain today: 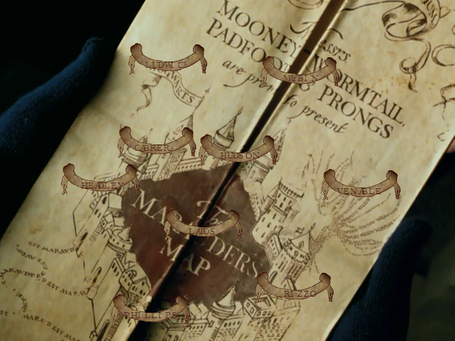 "So, the first question we must ask ourselves is, what is a boggart?"
Hermione put her hand up.
"It's a shape-shifter," she said. "It can take the shape of whatever it thinks will frighten us most."
"Couldn't have put it better myself," said Professor Lupin, and Hermione glowed. "So the boggart sitting in the darkness within [the wardrobe] has not yet assumed a form. He does not yet know what will frighten the person on the other side of the door . . . but when I let him out, he will immediately become whatever each of us most fears."

A jet of sparks shot from the end of Professor Lupin's wand and hit the doorknob. The wardrobe burst open. [Bearded] and menacing, [Brian Wilson at the ESPYs] stepped out, his eyes flashing at Neville.
Neville backed away, his wand up, mouthing wordlessly. [Wilson] was bearing down upon him, reaching inside his [spandex tuxedo].
"R -- r -- riddikulus!" squeaked Neville.
There was a noise like a whip crack. [Wilson] stumbled; he was wearing a long, lace-trimmed dress and towering hat topped with a moth-eaten vulture, and he was swinging a huge crimson handbag.

Harry raised his head to look at the circle of dementors across the lake. One of them was lowering its hood...
Harry flung himself out from behind the bush and pulled out his wand.
"EXPECTO PATRONUM!" he yelled.
And out of the end of his wand burst, not a shapeless cloud of mist, but a blinding, dazzling, silver [figure]. He screwed up his eyes, trying to see what it was. It looked like a [friar]. It was [jogging] silently away from him, across the black surface of the lake. He saw it lower its [shoulder] and [swing] at the swarming dementors.... Now it was [jogging] around and around the black shapes on the ground, and the dementors were falling back, scattering, retreating into the darkness.... They were gone.