I learned a secret about Petco Park a couple weeks ago from a dear friend. It's my favorite secret so far because it's the best kept and most mysterious. Yet the evidence of the secret is in plain sight and not off limits to your average nosy guest.

If you've ever entered the park through the East Village entrance and walked behind sections 129, 131, 133 and 135 you may have noticed this bridge. Have you ever followed it to find out where it goes? Not many have. 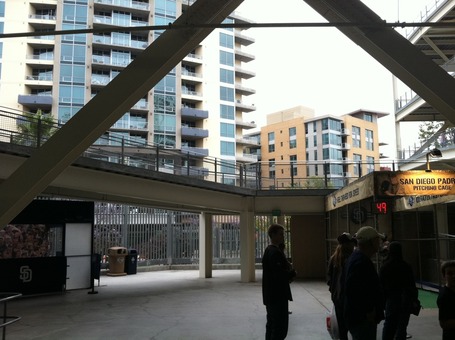 If you start to walk up the Never Ending Wheel Chair Ramp but instead of following it upwards into oblivion you take a left back towards the East Village Entrance, you'll find yourself on the bridge. 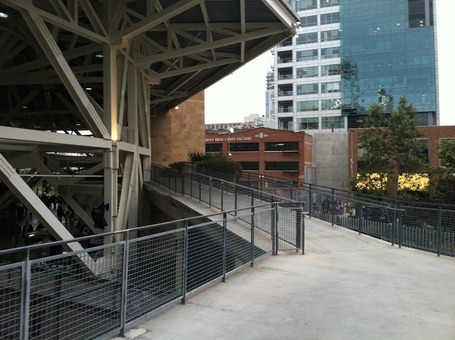 From there it leads you upward to a mezzanine. 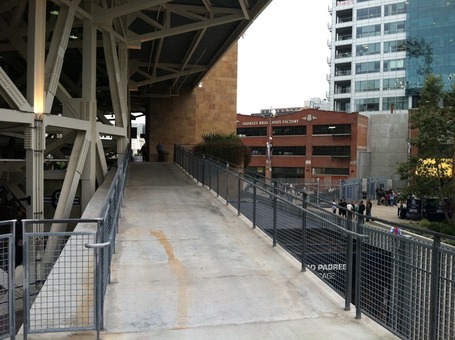 A look from below up towards the mezzanine shows you that great care was taken to correct the height of the walk way. But why? 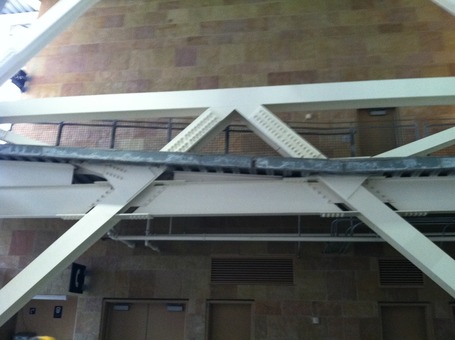 After all the walk way ends abruptly. 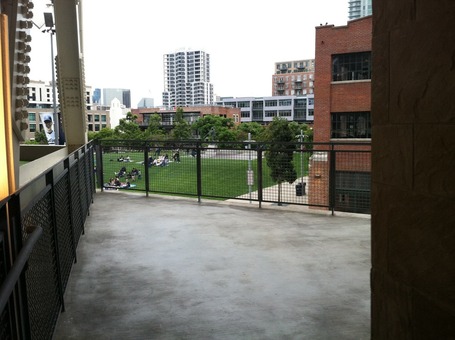 Even baseball's greatest minds seem confused as to why they've been lead here only to be stopped by steel railing and a 20+ foot drop. 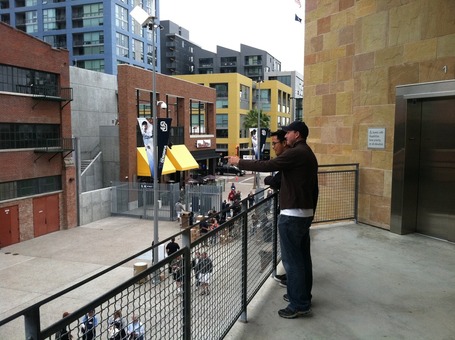 From the East Village Entrance you can see this mezzanine level jutting outward. 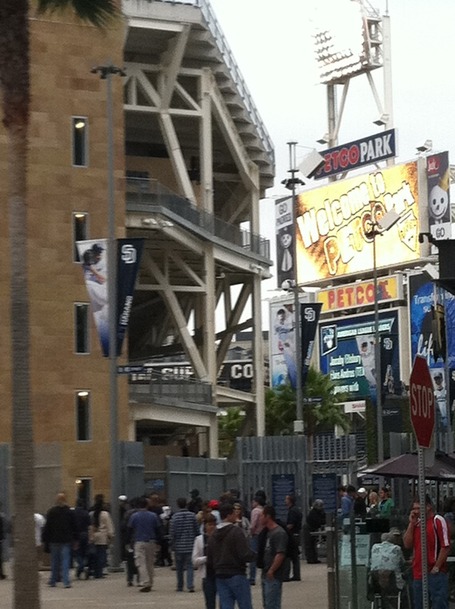 There is even an elevator that stops on that level, but for no reason except to take a the ramp back down to where you started. 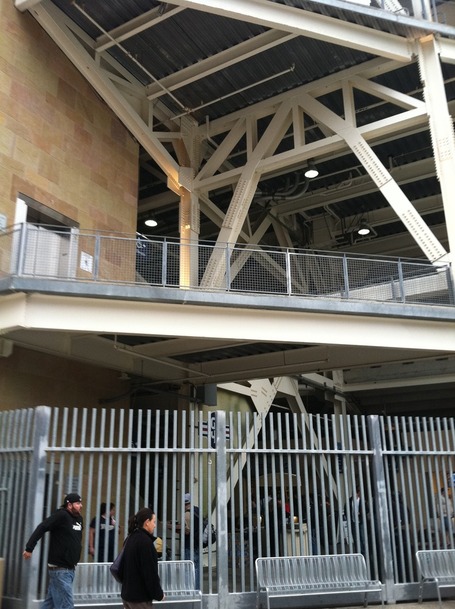 On the edge of the railing you're left facing the Showley Bros. Candy Factory, wondering what sick and and twisted mind would build this bridge, ramp, walkway and mezzanine that serves no purpose. It's like a modern day version of the Winchester Mystery Mansion.

But there is a purpose! You see this railing was never supposed to be here. No, guests weren't meant to fall to their death either. This area was meant to be the start of a bridge that led you across K street and into the 2nd level of the Candy Factory. That's why so much care was taken to make sure that the ramp was at the at the same level as the 2nd floor of Showley Bros. 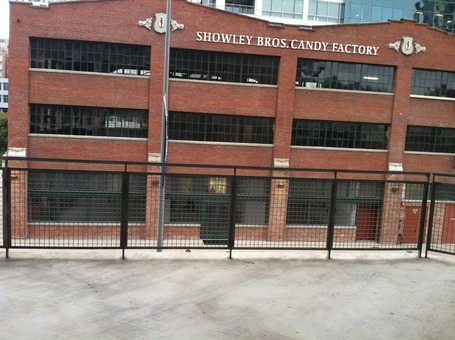 But that's not where our secret ends. It's only the beginning because this is only a piece of the puzzle. You see this was part of a bigger, abandoned project called "The Padres Cruise".

Former Padres employee Charles Steinberg had this wild vision of all the buildings that surround the Park at the Park to be connected with a bridge. The bridge would go from the Power Alley, to the Candy Factory, to Diamond View Tower, to The Schiefer Building through the Kavaas building (Proper Gastro Pub) and back to the ballpark over Palm Court Plaza into the Western Metal Supply.

It was meant to be a walkway that connected to the Toyota Terrace level and the park's surrounding buildings to allow guests to walk the entire circumference of the ballpark.

Here's my crude rendering of what The Padres Cruise might have looked like. The bridge that we investigated is the red line in the lower right hand corner. The other lines show how a bridge might have connected the remaining buildings and the Western Metal Supply on the Left Field line. 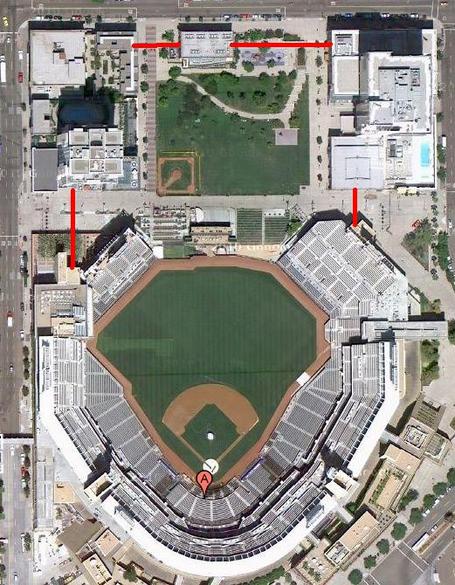 Why was The Padres Cruise project clandestinely abandoned? That's a secret for another day and one we'll have to investigate because I don't know the answer.