Oh, man.  It's been so long since I've done one of these.  I almost called it Smells Like Padres in Here.  I'll bet that makes your heart ache for days gone by.

Anyway, guess what???  I went on a road trip this past weekend and guess where I went???  Somewhere with a beach and great weather?  NO.  Somewhere exotic and mysterious?  NO.  Somewhere I could watch the Padres get swept in the Upper Midwest?  YES!!!

As a frequent visitor to Minnesota, this was not my first time visiting Target Field.  But it WAS the first time I've visited Target Field to see the Padres suck like always...I mean...play some good old fashioned baseball!  I like this stadium very much.  For many reasons.

If you want to enjoy your trip to Target Field, I highly suggest attending with a smokin' hot Twins fan disguised as a Padres fan who also happens to model the latest in trendy blog wear.  But you'll have to find your own, as this one is spoken for. 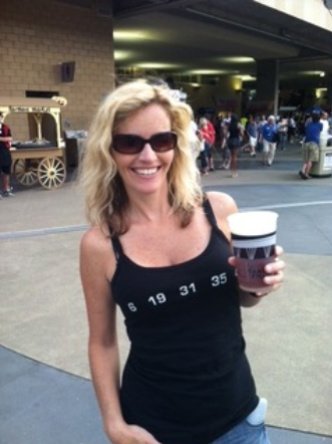 Next, try to obtain some excellent seats... 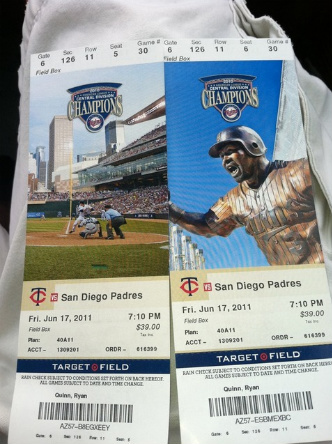 ...where you have an excellent view of home plate so you don't miss all those Twins scoring all of those runs... 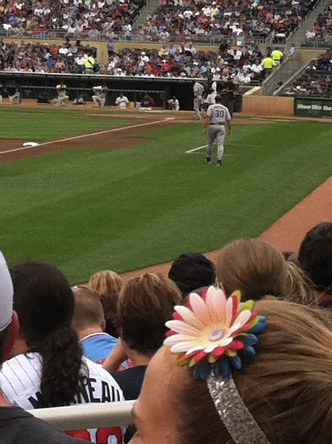 ...and where you can see a guy you've never heard of make his first start in left field! 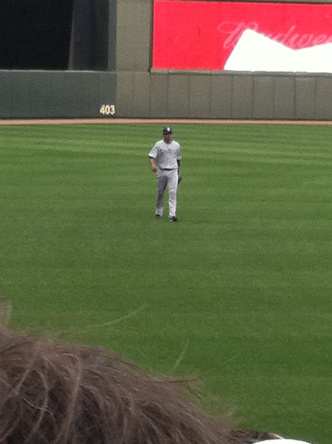 Minnesotans are exceedingly polite.  After the Twins had scored, like, a billion runs and the entire crowd had a Joe Mauer-induced boner (he got a standing ovation in his first at-bat since returning from the disabled list), the young gentleman seated to our left, who had been cheering savagely and heckling Guzman in a friendly manner, glanced over and noticed I was wearing a Padres hat.  He stuck out his hand and uttered the immortal words that gave this FanPost it's title. I then ripped off his hand and fed it to him.  Or maybe I shook his hand and we became friends forever.  You decide.

After awhile, we became hungry.  Did you know that the Twins have their own chips? 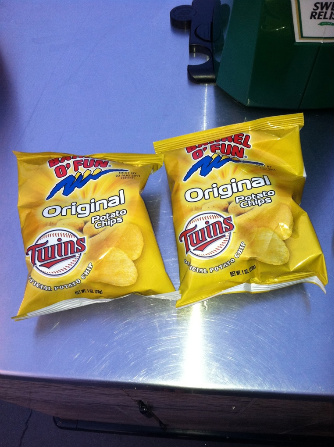 Me, either.  And did you know that they have these teeny, tiny cinnamon and sugar covered donuts that are served hot? 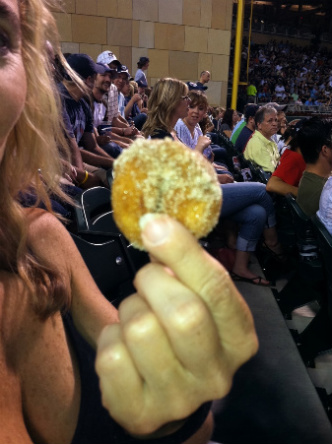 In order to work off all of those delicious donuts, we took a walk.  I direct your attention to these three things:

A giant, electronic pole that runs graphics the entire game that was actually placed there to block the obnoxious advertising that the Timberwolves placed on the outside of their arena. 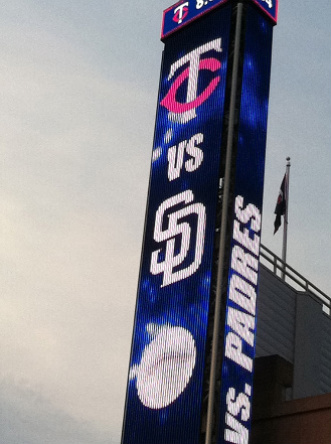 This dandy little sign atop the stadium that lights up at night and when the Twins beat their opponent, the two players shake hands.  It's darling. 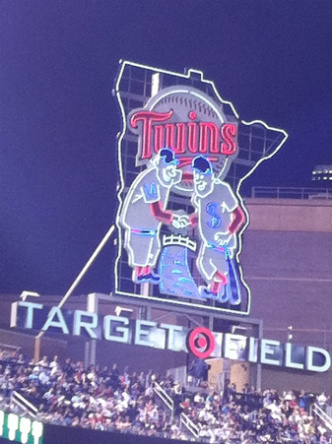 And outside the main gate, I found this suggestion for all Padres that play in the field. 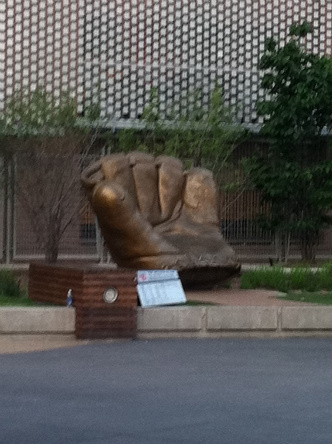 Mocking or helpful, I'm not sure.

Finally, near the end of the evening, we wandered out to centerfield, where an amazingly nice Padres fan offered to take a picture of me and Future Mrs. WG. 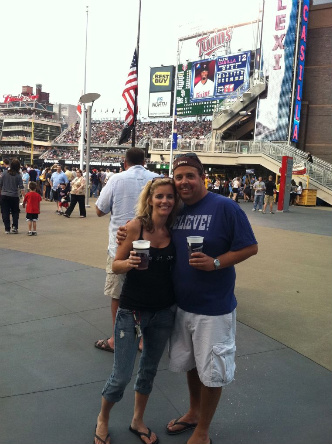 The woman who took the photo - whose name I regrettably did not get - is a season ticket holder at Petco and she and her family were on their way to Boston to watch the Padres play at Fenway.  Thank you Anonymous Padre Fan On Her Way To Boston!

Sadly, i was unable to meet up with our good pal matthewverygood, as we attended games on different evenings.  I did learn that he, too, enjoyed the tiny donuts while witnessing a Padres loss.  There also may be a picture circulating of him in a shirt with his name on it in front of a bar with his name on it, but....we'll just have to wait and see if it shows up here...or on Access Hollywood.