GlBPaD: The Face of the Franchise is somewhat indistinguishable from other faces

Share All sharing options for: GlBPaD: The Face of the Franchise is somewhat indistinguishable from other faces 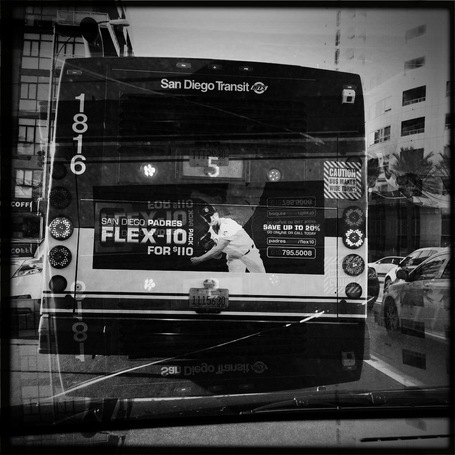 I saw another version of the bus advertising currently running. No tattoo on this one so it must not be Mat Latos. Unfortunately for me and my reputation as a baseball blogger, I could not tell who it was off hand. I think that's Clayton Richard. I'm almost positive it is, but I find myself unable to tell the difference between one guy and the next without an especially distinguishing feature. Like, though I still think Matt Cain is a little bitch, I am forced to admit that I am drawn by the charismatic Brian Wilson and The Part-Filipino Phenom Tim Lincecum. I think it's mostly because I'm able to easily distinguish them from a sea of faces during the baseball season with their signature features like epic beards and ink or long hair and mopey facial expressions. All of those distinguishing features perhaps indicate extended marijuana abuse. And if I'm only able to distinguish based on features that indicated extended marijuana use, then I wonder what that says about my personality considering I don't have any tattoos and I don't abuse substances in general. I am fascinated by the underbelly of our culture.