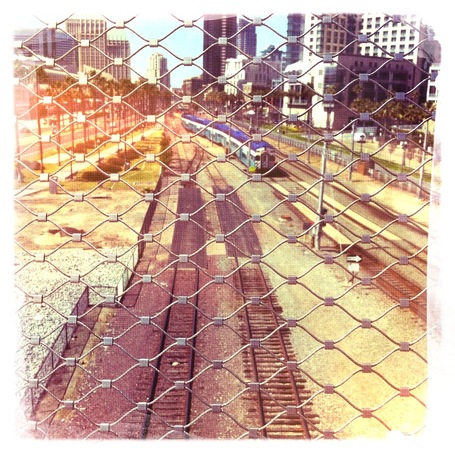 I crossed the new Petco Park Pedestrian Bridge. There are 14 steps to the first landing and then four sets of 11 steps to the next four landings and then a final 10 steps to the final landing for a total of 68 steps. One short of a sexual act.

I took the above photo about halfway across. There's a giant fence to keep hobos from hopping onto trains as they pass by. The photo I took of disappointed, train-seeking, penniless vagabonds did not turn out as well as expected.

Here's another photo I took though: 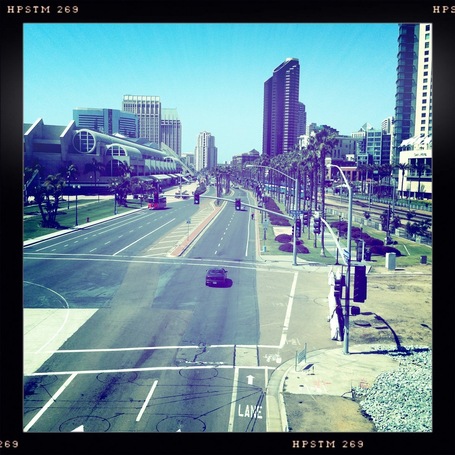 The hobos I spoke with pondered the idea of jumping down on top of a moving car as if it were a train to the Big Rock Candy Mountain, but saw how impractical that would be. 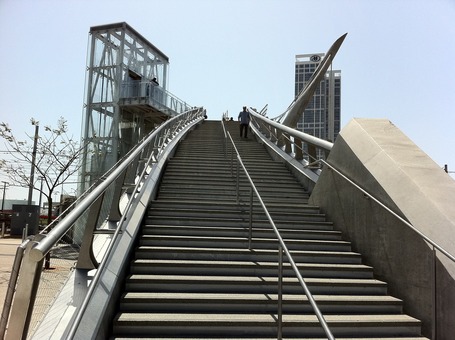 I'm thinking that they need some really creative lighting for that thing. It looks so difficult to climb, right? From that angle, it also looks a lot like the Evil Emperor Zurg.