Share All sharing options for: Consultant for Padres Minor League Ballpark is NOT on Padres Board of Directors

But Black said Thursday that the website is mistaken and must be out of date. He agreed that it would have been a conflict of interest if the website was correct.

Below is the previous story where Black is accused of a conflict of interest.

"We feel very betrayed at the openness of this entire process," Morasco said. 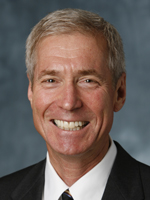 So according to this article, the Escondido city council hired a consultant to negotiate a $50 million deal on its behalf. The consultant's name is Charles Black. What the city council didn't know is that Charles Black was also a member of the Padres Board of Directors.

On Wednesday, the council still voted to spend $92,000 to pay for consultants to analyze the proposed ballpark.

Councilwoman Olga Diaz voted against spending the extra money, $41,630 of which went to Black. The city also paid Black $40,000 in September, bringing his total compensation from the city to $81,630.

"He probably should have recused himself," said Diaz, speculating that the city could have found another qualified attorney who didn't have such a glaring conflict of interest.

Sounds a little sketchy doesn't it?

Padres.com used to list their Board of Directors on their site, but have since removed it. Here is a list I found from 2009, Black is not on it.

As it turns out, Charles Black was a driving force behind the building of Petco Park.

From 2002 to 2005, he served as San Diego Padres president and then executive vice president of JMI Realty.

Escondido Mayor Abed also noted that if the Minor League team does come to Escondido, it has already agreed to change its name.

Abed told the North County Times this week that recent ballpark negotiations had gone well, noting that Moorad agreed that the team would have "Escondido" as its place name instead of "North County."

So it sounds like they'll be the Escondido Friars instead of the North County Friars.