MLB partners with Pepsi, Gaslamp Ball might have partnered with baseball legends and the Hollywood elite

Share All sharing options for: MLB partners with Pepsi, Gaslamp Ball might have partnered with baseball legends and the Hollywood elite

We were given the opportunity to attend the launch of Pepsi's Refresh Project as it partnered with the MLB in Anaheim, on the day of the All Star Game.  There would be Pepsi a plenty and Hollywood starlets to boot. We were even told that we'd be able to interview the legendary Tony the Gwynn.  It was too good to pass up!

If we would have actually gotten off our lazy butts, ditched out of work and driven to Anaheim we might have wild and fanciful tales to tell.

"The Pepsi Refresh Project makes it easy for fans to make a difference in America's communities," Gwynn said. "We hope fans will get behind the team ideas and support them off the field as much as they do during each and every game to help make this project a huge success."

He would go on to tell us that 15 major league clubs are involved. Each club has outlined an idea – from creating Milwaukee’s first universally-accessible baseball league for those with a physical or mental disability to cultivating an urban garden  that would grow fruits and vegetables to be donated to various local non-profit organizations to feed the hungry – that will vie for fan votes and an ultimate $200,000 Pepsi Refresh grant to fulfill the project.

We might have also asked why the Padres are not one of the 15 teams involved.  As it stands now, we'll never know the answer to that question.

If we had attended we might have taken pictures of Tony Gwynn, Jenny McCarthy and Anna Lynn McCord.  We would have noticed that Jonny Dub and Tony Gwynn don't like to show their teeth when smiling. 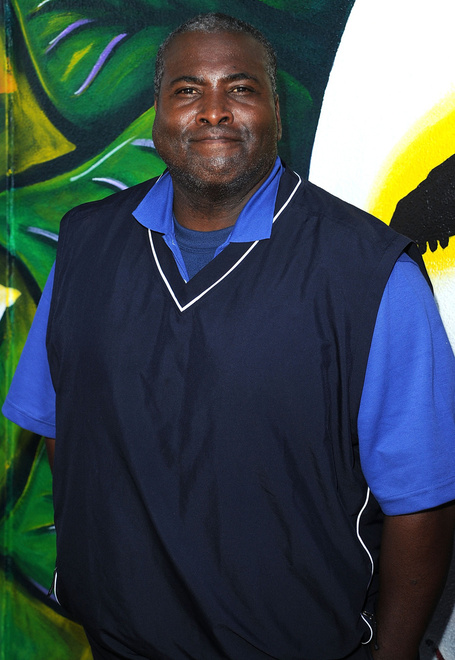 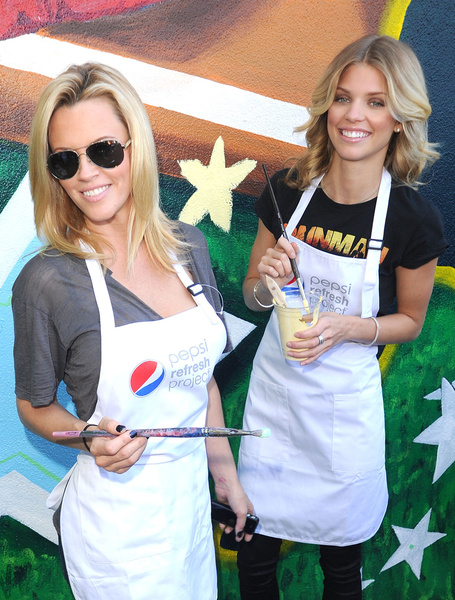 We certainly would have found out what was going on with McCarthy's t-shirt and why her left breast was seemingly exposed, if not for her Pepsi apron.

Without a doubt we would have endeared ourselves to Jenny and Anna Lynn with our charming banter and devilish good looks.  They would've begged us to take them back to San Diego and to let them become our girlfriends.  We would have told them that MLB baseball communities need them, Pepsi needs them and more importantly that  Hollywood needs them.  We couldn't be responsible for robbing the world of so much good.  Then we would kiss them tenderly on the forehead and run to the car.

That's what would have happened.  I'm convinced of that.