Today at the Padres FanFest they had a Garage Sale, where they sold old equipment and banners. Your friend and mine, Jonny Dub, thinks he bought the large banner that hung over the Western Metal Supply Building when the Padres were 2005 NL Western Division Champs for $10.

You remember the one that they hung over the side changing "Western Metal Supply" to "NL Western Division Champs"?  That one. 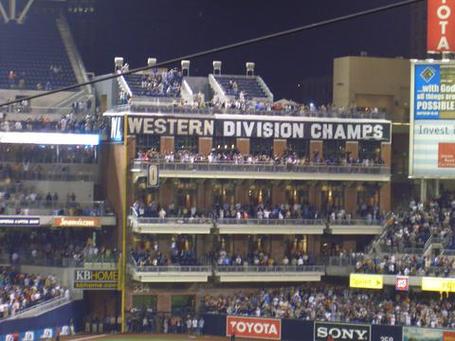 He may have a cool piece of history, but he didn't want to unroll the whole thing, because it's was really big and heavy.  Jon's a betting man though and at very least his $10 went to charity.

Here's Jonny Dub and Dex carrying it around the ballpark. 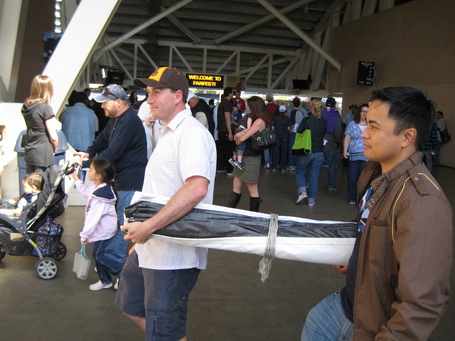 Jon thinks it's a sign that the Padres don't think they'll ever need it again because the Padres will suck.  Jon is a negative Nancy.

It was just the "NL"!  Imagine how big it would have been if it was the whole thing.  Notice Jon threw his dumb cat on the banner.    He's a one trick pony. 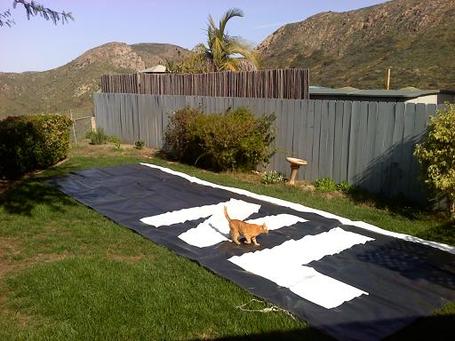