Share All sharing options for: Bruce Bochy's white eyelashes have same origin story as The Joker 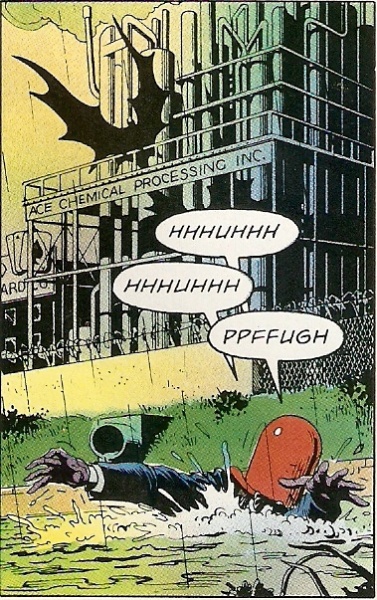 In my youth I met Bruce Bochy on several occasions.  In those days his hair was a rich dark chocolate brown and stood in stark contrast to his eyelashes.  The reason?  Because his eye lashes were pure white!  As white as freshly fallen snow.  At times they were almost invisible like a spider's web and would only show themselves when they caught the sun just so. I couldn't help but stare and wonder boyishly what might have caused them to prematurely lose all of their pigment.

Was his eyelid cut in a knife fight causing scar tissue to form?  Did he fashionably dye them white?  Why didn't he dye them brown?  Did it have something to do with his abnormally large head?  Had his eye been badly frightened by a ghost?  Was his right eye under extreme stress because his left eye was lazy?  Was his eye malnourished?  Did his eyelid age faster than the rest of his body?  Was it transplanted from an old man? Was he cursed by a witch?

Many seasons passed, I heard whispers and rumors but never found out the truth.  Bochy eventually left San Diego, he took his eyelashes with him and his eyelashes took their rightful place in the Padres Body Hair Hall of Fame.  With Bochy gone I knew I  would never a get a chance to properly interrogate him and force him to reveal his closely guarded secret.

Imagine my surprise when I discovered the truth buried deep on the second page of an online article.

The lashes of his right eye are white, the result of being exposed to a caustic chemical when he was a teenager working for a furniture refinisher.

His white eyelashes were born in a harsh chemical stew like The Joker.  Just as The Joker's skin was bleached and his face contorted into that of a macabre clown, so too were Bochy's eyelashes. Without a doubt Batman was to blame.

You have to read between the lines to figure out the part about Batman, but it is most certainly there.