The North County Times just printed this article about the 1984 Brawl between the Padres and the Braves. It's the 25th anniversary of this epic battle. Coincidentally the brawl was just put up on youtube in 4 parts a couple weeks ago. They are long and they are good. Watch them quick before they are removed.

"I think that was one of the defining moments for the '84 club," Flannery said.

...Tony Gwynn appeared out of nowhere and body-slammed Komminsk.

"They told me he saved me from getting bopped," Sherry said. "Thanks, Tony." 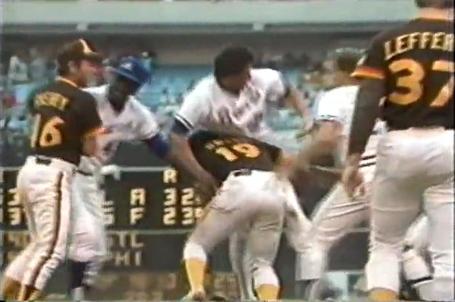 Check out Page 93-94 of Bob Chandler's Book for more description of the fight.

Here's Tim Flannery. It took four Braves to pull him out of the fight 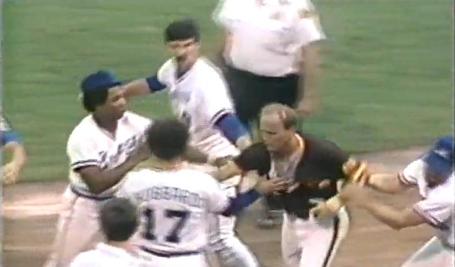 This is why they call him Dirty Kurt 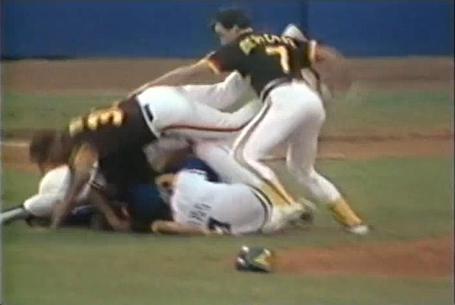 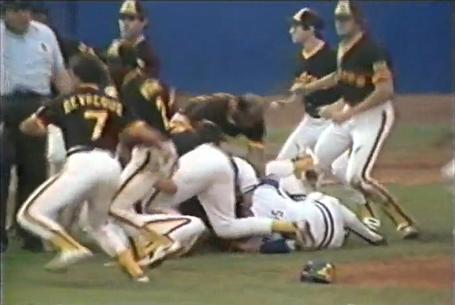 Templeton trying to pull guys out of a pile 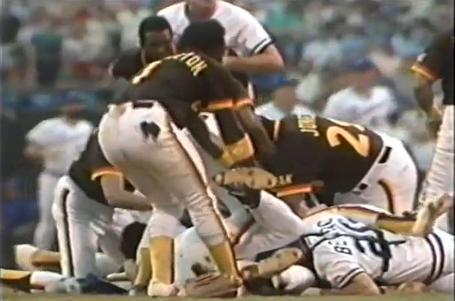 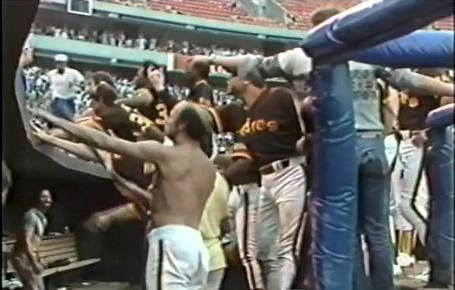 His teammates pull the bat our of his hand 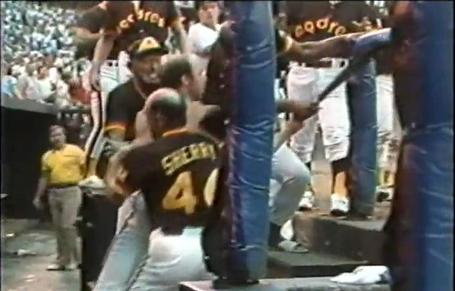 Ed Whitson being held back 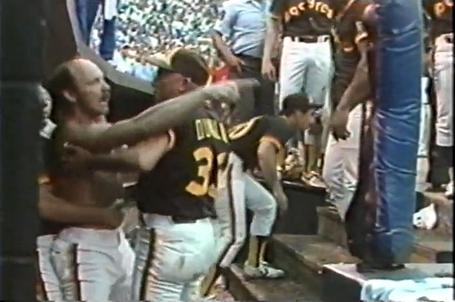 Goose Gossage being held down. 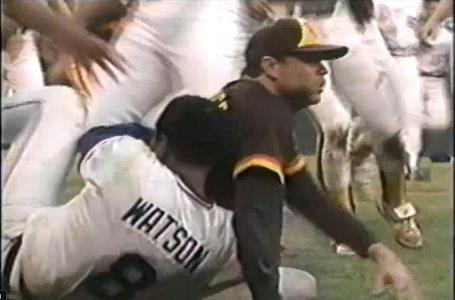 Check out our 1984 Padres: Where are they now? feature.