Share All sharing options for: You can bid on a Light Saber Baseball Bat Signed by Padres and Star Wars Cast Members

The Padres are auctioning a signed David Eckstein model bat that is painted green like a light saber. 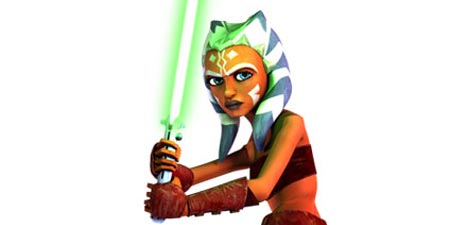 Who do you think this appeals to? Jocks inherently don't get along with Nerds (and vice-versa), but maybe this piece of memorabilia can bring them together.  Or maybe it appeals to the very rare self loathing "Jock-Nerd hybrid" demographic, I'm not sure.

I'd like to see someone take this onto Antiques Roadshow in 50 years.  The appraiser would tell you that if it was just signed by Star Wars cast members it would be worth something but since it was signed by the 2009 San Diego Padres, who went on to lose 50 straight games to end their season, that it's worthless. 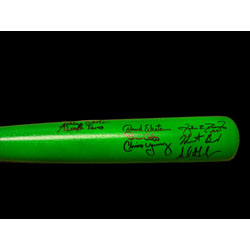 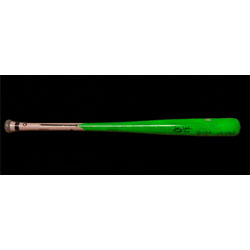 Item Description
San Diego Padres and Star Wars: The Clone Wars Bringing the Force to home plate, this Louisville Slugger David Eckstein signature bat has been painted and designed to look just like the lightsaber that Ahsoka Tano uses to battle droids and bounty hunters alongside Anakin Skywalker in Cartoon Network's hit animated television series, Star Wars: The Clone Wars. The bat boasts signatures from six members of the 2009 San Diego Padres and former All-Stars including: Heath Bell, David Eckstein, Brian Giles, Adrian Gonzalez, Jake Peavy and Chris Young. The bat will be signed by several cast members of Star Wars: The Clone Wars including Ashley Eckstein. All proceeds from the sale of this MLB-authenticated, jedi-influenced bat will benefit the Boys & Girls Clubs of Greater San Diego.