Share All sharing options for: John Weisbarth on IMDB

John Weisbarth is listed as two different actors on IMDB:

About a month or so ago I noticed this and sent the correction to IMDB, asking them to combine the two entities.  They ignored me.

Now it has become my personal mission to get IMDB to make the change, no matter the cost.  When I say "personal mission", I really mean that I want you to start a letter writing campaign or at least send the correction yourself, because I don't know what else to do.  When I say "no matter the cost", I really mean I don't care how much time or effort that you have to spend.  Make no mistake if this doesn't get changed promptly, I blame you!

This is our hour, our chance to make a difference in this crazy, mixed up world.

I submit to you the proof that John Weisbarth acted in the movie "Treasure" in 1990:

JW: As far as the Treasure goes, here's your review. A low budget take-off of the Goonies filmed entirely on location in San Diego. It was an awesome experience...but a bad movie. You'll definitely get a laugh out of it but I would be surprised if you can get all the way through it.

Exhibit B: Photographic Evidence!  A picture of Weisbarth pointing to and signing said movie. 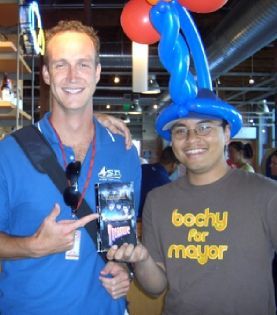 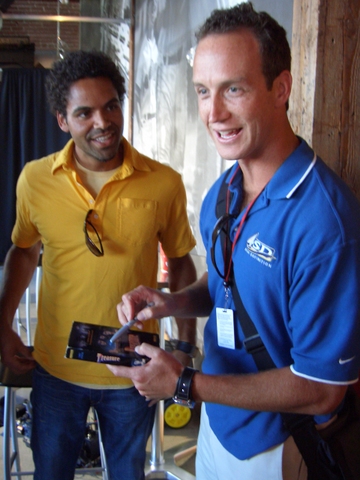