Opening Day in Pictures and Words

Share All sharing options for: Opening Day in Pictures and Words

Got downtown at like 2pm and already there was no parking. I found the last spot waaay out in the hood. I pride myself on not paying for parking but was just about to give up when I saw the space. Plus I feel like walking with nomadic herds of homeless people makes me look good in comparison.

Once inside there was definitely a feeling of electricity. Before the game they said they still had 2000 seats left but you could tell that it was going to be a huge crowd and somehow it was the biggest crowd ever at Petco Park.

Ran into a bunch of old friends, some who wanted to talk to me and some who didn't, it was great. 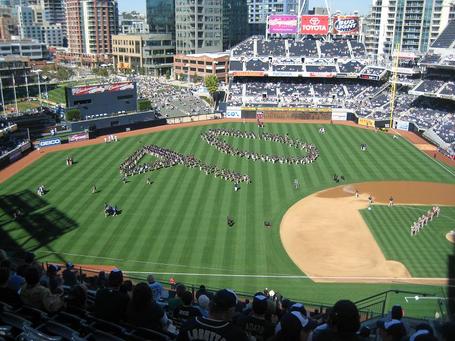 As the festivities started the SDSU Marching band formed the number 40 in center field to celebrate the Padres 40th anniversary. 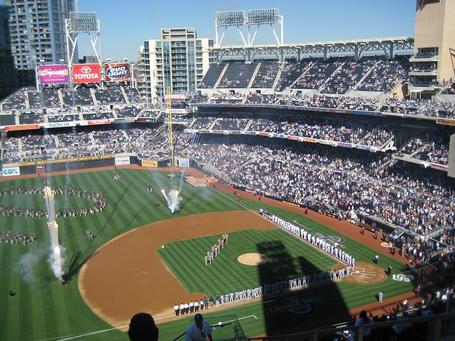 KA-POW!  Fireworks blast as they announce the Padres Opening Day Line up. 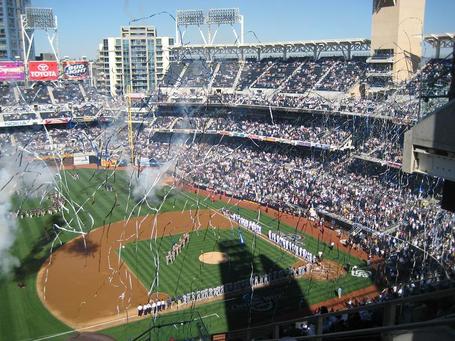 Then come the streamers. 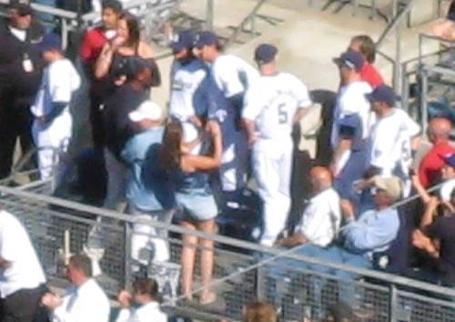 The Padres starters entered the field through the stands. 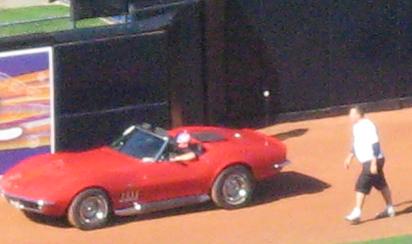 Andre runs along side the cars around the entire outfield.  Give PSA a ride. 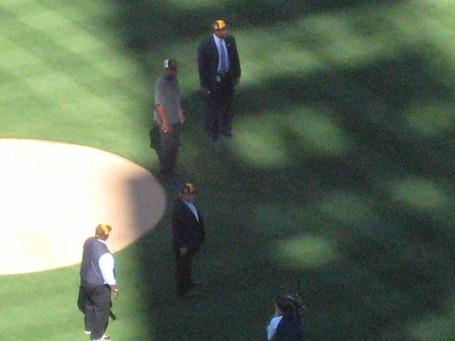 It was a fun game all in all.  It was just good to be watching baseball in front of a large crowd who was really behind the team.  I haven't been to a game like that since... well it's been sometime.