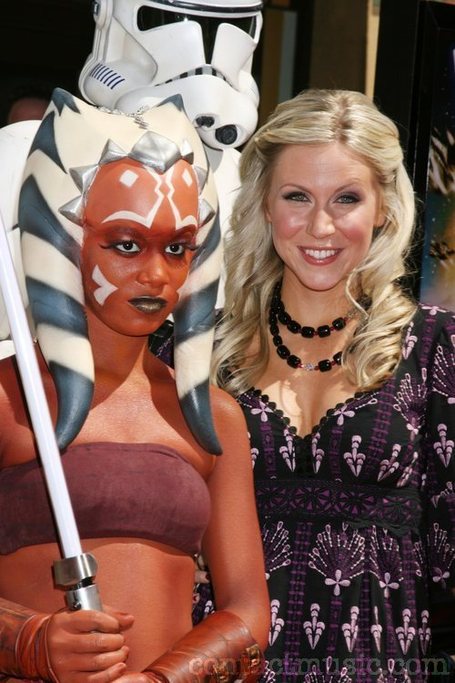 Ashley Eckstein commutes to work from San Diego, where her husband, David, plays second base for the Padres. In Hollywood, she's the voice for the Ahsoka Tano character in the "Clone Wars" animated series.