A Mets fan stops his team from scoring a crucial run when he interferes with a ball in play. The Mets end up losing by one run in a 6-5 ball game.

You may have noticed that a guy in a hoodie standing behind the Beltran fan touched the ball first but he quickly blended in with the rest of the crowd after the incident.  Beltran fan couldn't hide, his nervousness and the fact that he ended up with the ball gave him away. He was later escorted from his seats by security. 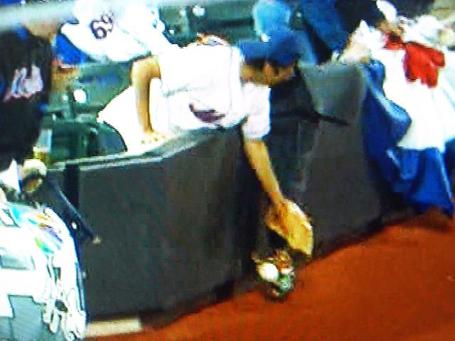 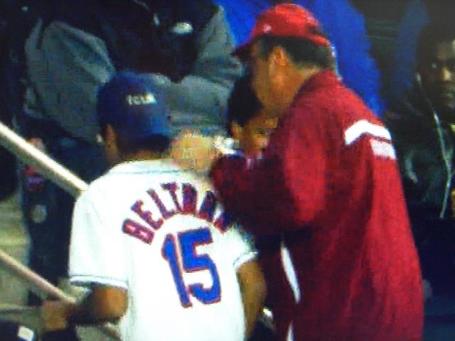