You can watch the news conference live on Padres.com at 3pm PST. Supposedly Moores will introduce Moorad... after that we can only guess that there will be special effects, magic, fountains timed to music, wild animals and semi-nude but tasteful dancers. 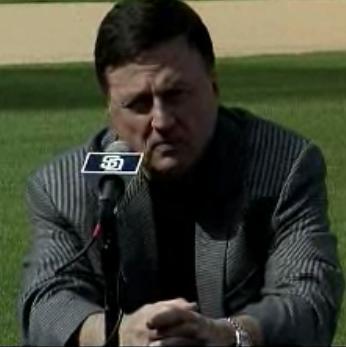 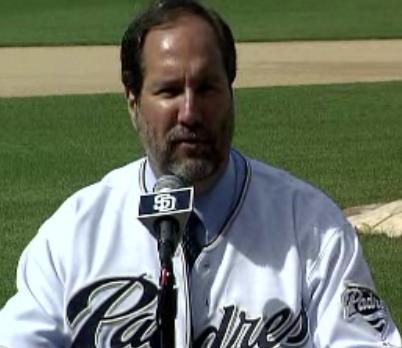 Definitely the weirdest part of that Press Conference was when Moorad was asked about the people in his ownership group. He said he'd only mention a couple of them, because some members wanted their identity to remain private. The interviewer told him that it would become public record. Moorad seemed a bit annoyed as he said that he would respect those members that didn't want to be mentioned. He then went on to mention most of the 12 members. The only ones I remember were Troy Aikman and the dude that owns Panda Express. It's still creepy that his secret ownership group is trying to remain secret.

Moorad also said the Padres are going to focus on Mexico. He's talked to someone in Homeland Security about bringing fans in from Mexico. They are trying to replace us! American fans are a lost cause. Don't anybody panic, but I seriously think Moorad is planning to move the team to Mexico!

Here's the video of the press conference in case you missed it.