Share All sharing options for: Alderson resigning today as Padres CEO, bearded man to take over

Sandy Alderson resigns today and Jeff Moorad takes over his job as Padres CEO. I think my distrust of men with neatly groomed beards outweighs my distrust of adult men with perfectly fine names like "Richard" that go by the nickname "Sandy". There will be a press conference today at 3pm to announce the Sale of the Padres, Gaslamp Ball was not invited to attend. 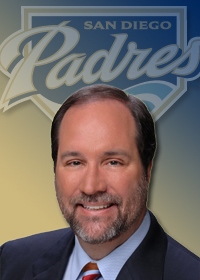 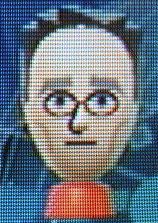 I'll tell you what I'm going to miss the most about Alderson's departure, the Sandy Alderson Report on XX Sports Radio hosted by Darren Smith. Those were the most informative, entertaining, humbling and insulting pieces of media and I loved hearing them. Darren was excellent at asking just the right questions that satisfied the fans and got underneath Alderson's skin. Say what you will about Sandy but he always faced the music and took to the airwaves even when it would have been much easier to say "no comment" and hide under his desk. I respect him for that. Some of my favorite Sandy Alderson Reports took place in some tough times like after he destroyed the Padres relationship with Trevor Hoffman and Wally Joyner, it almost made it worth it.

Moorad may not be so generous with his time and from the one interview he did with Darren Smith, I can tell you that it was infintely more boring. Plus when I hear him talk all I can think about is that neatly groomed beard, it haunts me.

There are a ton of articles reporting the news of the sale of the Padres and Alderson's resignation. While reading the NC Times article they mention that Alderson started April 16 2005, so I thought I'd take a stroll down memory lane and see what Gaslamp Ball was talking about back around this time. We announced the hiring, hosted an open thread for the press conference (the only thing we learned was that Dex and Jon got sushi for lunch) and then somehow we weaved that into a post about Leitner's Pubes. So you see my point? Good.

What will Alderson's legacy be? It's weird because I think he made the right decisions in many cases, like putting the focus on building talent from within but here we are four years later with nothing to show for all of his work, except for a facility in the Dominican Republic. It's shame that he's leaving the Padres in a much worse place than it was when he got here. How much of that is his fault is hard to say, because Moores royally f'd the Padres by getting divorced. In any case he was a polarizing figure and it'll be interesting to see if any of his efforts pay off in the future, maybe we'll look back on him in 5 years with a rosy glow. Even now I'm starting to miss the guy.