I just realized that this is a breaking news thing. I was told this by somebody and I didn't realize that the somebody was SECRET SOURCE!!! The link that I got down there just says they were suspended, but my secret source says that at least Jordan has been fired.

So that's it. That's the end of the Bleacher Bums as we had known it. I don't get how our "premier" sports radio network let that kind of thing happen, but you can now safely return to Gaslamp Ball for your uninformed wildly inappropriate Padres rants as opposed to some random transplants on your radio dial. 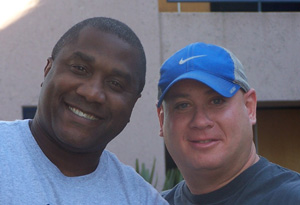