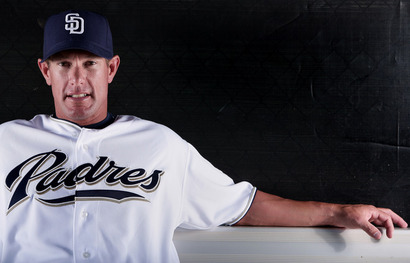 Giles was divorced by his ex-wife Doddie because he began a relationship with his ex-fiance Cheri Olvera.  Now Doddie is testifying against Giles saying that he abused Olvera in front of her and their children.

In one case Giles struck Olvera in the arm while in a McDonald's drive through.  In another case he shoved her off the couch and onto the ground causing her to cry.

Meanwhile, Scott has accused Olvera's attorney, Cary Goldstein, of making a “threat” that “if he were not paid $10 million, he would ruin Mr. Giles' name in the media.” Scott stated in a court declaration that Goldstein contacted the Padres to put pressure on Giles to settle the case.

I keep asking myself how this situation with Giles is different than the Matt Bush situation.  They both got in fights off the field. Both reflect really poorly on the Padres.  One gets dealt with and one doesn't.  One is a proven player and one is a valued prospect.  Maybe Giles has 2 strikes against him and the Pads are just waiting for him to screw up one more time.