At Tuesday nights game we had an impromptu Gaslamp Ball Tweet-up.  We got on twitter and asked if any followers were going to be at the game and when people started responding we decided that we should meet up or...tweet up out at the Tony Gwynn Statue right as the 6th inning started.  We were a little late getting over there, but the tweet-up was a success because people actually showed up.

Look here, we got our picture taken: 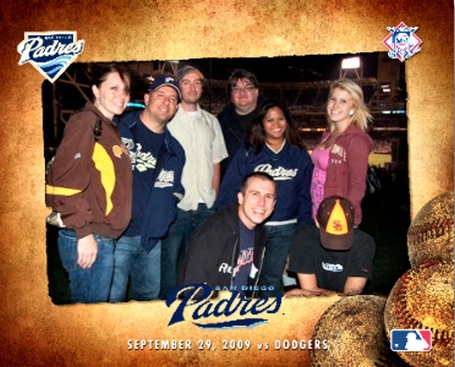 Everybody was real nice and very knowledgeable about the Padres.  Though things got a little out of control towards the end when out of nowhere, the Impromptu Tweet-Up turned into an impromptu hill rolling festival featuring xtina and matto619.

This is how we roll!