Why Sandy why?  Oh, it wasn't the Padres CEO, it's some other CEO, Jeff Hawn from a Seattle based company named Attachmate.

Hawn is a friend of Moores from Texas.  A neighbor's bison herd wandered onto Hawn's property approximately 20 times and Hawn ordered their slaughter.

Hawn authorized a group of men to hunt the bison and asked them "to get started as quickly as possible."

Hawn faces 10 days in jail for criminal mischief and cruelty to animals.  Hawn unlawfully and knowingly "tortured, needlessly mutilated, or needlessly killed" the animals. Seven of the female Bison were pregnant.  He's already paid $150K and done one hundred hours of community service.  A letter was written to the court by the neighbor who owned the bison.

The threat to kill the bison "shows what kind of people the Hawns . . . are," the letter said. "I hope they don't want to start killing my son and grandson, just because they are on the property to remove the buffalo."

So who would stick up for a hot head like Hawn?  Who would sing his praises after he orders such a slaughter?  That's right, John Moores owner of the San Diego Padres.

Another friend, John Moores, chairman of the San Diego Padres baseball club, said Hawn is a "humble and decent man who is devoted to his family."

"I compare Jeff favorably with anyone I have met in my 40 plus years in business, sports, and philanthropy," Moores said. "Jeff is an honorable man, who is appropriately well-regarded by his peers."

I'd be pretty pissed if I was a business associate of Moores.  You're comparing this psycho to me?  Ugh.

"Anyone that crazy to shoot that many buffalo — you don't know what he'll do next. "

Why would you even affiliate yourself with this guy?  Just let him do his 10 days in jail, instead of tarnishing your reputation further. 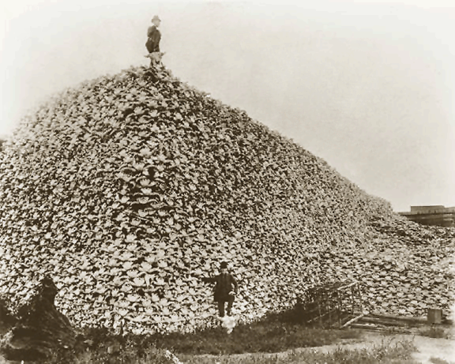